What a rake in poker 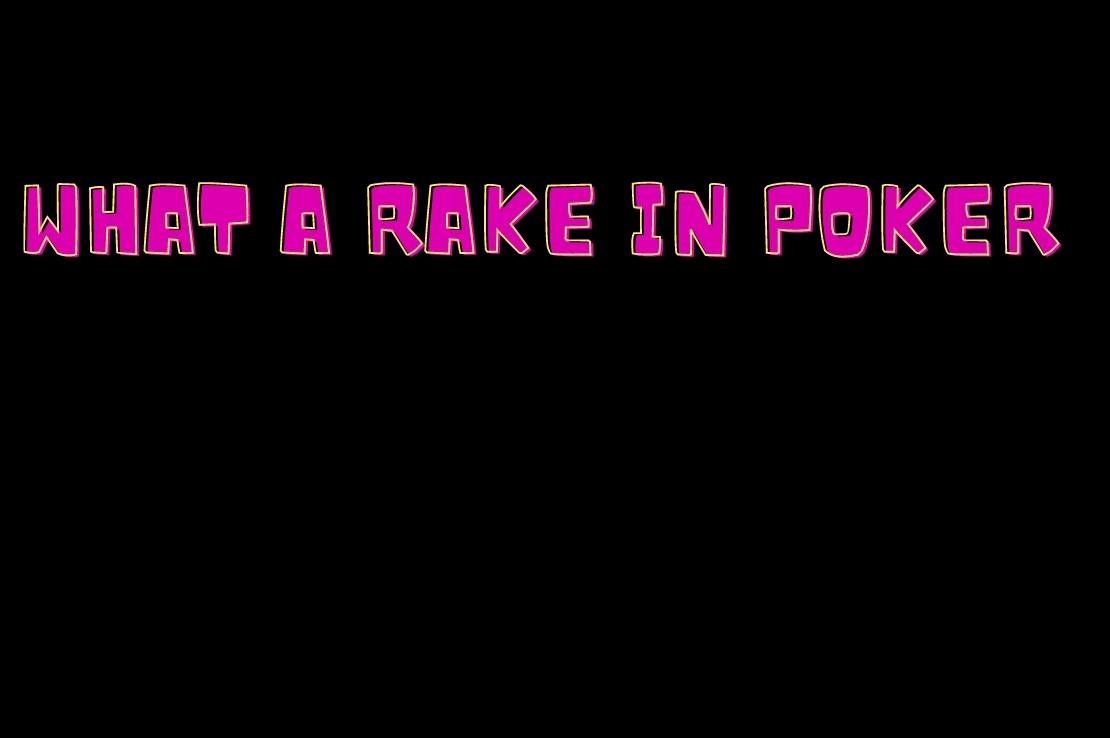 What a rake in poker

A rake is a percentage of the pot that a cardroom keeps after running a game of poker. In most poker hands, it is between 2.5 percent and 10 percent of the total pot, up to a predetermined maximum. Additionally, a casino may use different non-percentage methods to collect the rake.

Because poker is a player vs. player game (unlike blackjack or roulette), the house does not bet against its players. Hence the fee is the primary way to generate cash.

In poker, the rake is how the casino or poker site makes money. Following a pre-determined timetable, a piece of the pot is taken out at the conclusion of certain hands and set away for the poker room. Almost all casinos adopt the “no flop, no drop” rule, which implies only hands that reach post-flop are entitled to be raked.

For the most part, a business that provides services to support a sporting event will levy this fee. Online poker's many operating costs, including as support, software, and staff, are all covered by this. Additionally, it is used to cover the costs of providing a dealer (though in many places, tips account for the bulk of a dealer's income) for the game, support staff (from servers to supervisors), use of gaming equipment, and the physical building in which the game takes place in traditional brick and mortar casinos Live poker tends to have a larger rake than online poker because of this.

When there is no flop in a hand of community card poker, such as Texas hold 'em, certain cardrooms will not take a rake. "No flop, no drop" is the term for this.

Because of the house's rake, players must beat not only their opponents but also their own bankrolls in order to win. Known to cover its expenses, a casino takes a varying charge, referred to as the rake. Cash games use the dealer dropping a percentage of each pot as a rake, while tournaments include it as part of the buy-in price.

Every hand the dealer takes chips out of the pot is a rake if you've ever played cash game poker at a casino. These chips are the casinos.

How is Rake Collected?

There are 3 common methods used by cardroom to collect rake (ranked from most to least popular):

Pot rake is the most common type of collecting, with each hand holding somewhere between 2.5 percent and 10 percent of the pot, usually up to a predetermined cap. Some card rooms, on the other hand, take a fixed amount of rake from the pot regardless of the size of the pot.

Raising preflop and taking down the blinds in some cardrooms means that you win the entire pot, as the rake is not taken until the flop is dealt. "No flop, no drop" is the term for this.

Every half-hour during the game, a predetermined cost known as "time collection" (also known as "timed rake" or "table charge") is collected. Two methods are used to collect this type of rake.

A specified amount of rake is placed on the dealer button on each hand by the player in that position, which the dealer receives before any cards are played.

For the first time in 2004, online poker companies and their affiliate partners began offering Rakeback to their players as a way to reward them for sticking with the site and playing regularly.

There are two ways to figure out Rakeback in cash games: dealt or contributed. The dealt technique distributes Rakeback equally among all players dealt into a hand, but the contributed approach distributes Rakeback according to the amount of money each player actually contributes to the pot. Rakeback is deducted from the entry fee for poker events. Comps in traditional brick-and-mortar casinos are analogous to Rakeback.

Rakeback has become increasingly popular among online poker experts as the game has gotten more widespread. Online poker experts can earn thousands of dollars a month in Rakeback depending on the stakes they play, the number of tables they play at once, and the number of hours they play each day. Due to this, players began to term themselves "Rakeback pros," who used a less intensive losing approach while still raking in Rakeback at multiple tables.

Rakeback isn't available at every online poker room. Rakeback, which is a portion of rake and tournament entry returned to players by affiliates, is permitted in some cases. Affiliates cannot give Rakeback in other poker networks, such as PokerStars, PartyPoker, Ongame, and iPoker. As an alternative, they have in-house loyalty programs that reward gamers according to how much time they spend playing.

Rakeback transactions may be struck between an affiliate and a player without the knowledge of the poker operator at such networks. Both parties involved in such trades are likely to be expelled and if they are part of a larger network, penalized if they are caught.

How Rake Is Calculated

Rake is computed differently based on the type of game being played:

In poker, the rake is handled a bit differently depending on whether you play live or online.

When playing online cash games, the rake can change depending on the amount of money being bet. Rake is often taken up to a predetermined cap at a predetermined threshold. For example, a maximum rake of $0.20 might be deducted from every $0.01 in the pot.

The lesser the stake, the lower the rake is typical. The following are the most popular buy-ins:

When selecting a poker room, the rake levied by the site should be taken into account very carefully. I've discovered that the rake quantities vary greatly from room to room based on my investigation.

The stakes with the lowest rakes are shown in bold. My own personal database provided the bulk of the data for this report. The rake rules of each poker site are subject to change.

What does this information tell us?

It's clear to observe that each poker casino charges its players a different fee to participate in games on the site. Some universal truths can be gleaned from the data, such as:

Which Poker Sites Have the Lowest Rake?

When it comes to raking, sites that offer the best incentives have the lowest. Players at sites like America's Cardroom and Pokerstars, which have historically offered attractive prizes, tend to pay the least amount of rake at these casinos. It appears that they make up for this by encouraging their players to play a large volume of hands in exchange for rake races.

Poker tournament hosts take a share of the winnings from cash games to pay for the costs of running the tournament. The dealer may have taken chips out of the pot and set them aside if you've ever played live games in a casino cardroom. That's the rake or cut that the casino takes.

Rake money is used to cover the costs of running a standard casino, such as staff wages, equipment, and overhead. When playing poker online, the rake is used to cover the costs of the website's upkeep, including technical support and software. Rake is taken from practically every poker game, whether it's played online or in person, although the amount varies from one poker room to the next.

Is It Legal to Take a Rake in Poker?

A cardroom rake can only be taken by a licensed establishment that has the proper permits and gaming licenses. Cash home games can be played in private homes in many places, but it is unlawful to make money from them in any way, even through tournament fees or rakes.

How Do Casinos Take the Rake in Poker

Rake can be collected by a casino in a variety of methods, depending on the circumstances.

However, it is feasible to think of a different circumstance, when a group of players starts playing a poker game and one of the players takes a rake to deal cards and manage chips. In such a setting, problems surrounding the justice of taking a rake arise.

To address this uncertainty, authorities have introduced the licensure system to govern operations linked to taking a rake by parties that host poker games.

This is why today, taking a rake may be criminal if the entity taking the rake does not have the necessary gaming licenses.

The rake in poker has a significant impact on your game strategy. If you want to get the most bang for your buck, you'll have to take this into consideration and alter your approach. Using the same method as previously, you may calculate how much rake should affect your game's ranges if you play online. Look up the site's rake structure and enter the numbers there.

FAQ: whats a rake in poker

1. How does rake affect poker strategy?

Simply said, a greater rake forces you to play poker more defensively. All of those post-flop marginal callers thus become folds. This also affects preflop ranges because the profitability of those marginal open-raises, calls and 3-bets relies on those marginal value bets, bluffs, and calls.

2. How is rake calculated?

Make use of the UV Light to blind Rake while Stun Sticks are popped, and then attack him while he's blinded. It is possible to kill the Rake if this method is successful. To quickly dispatch the Rake, it is recommended that vitamin supplements be used, as well as many persons brandishing stun sticks.

4. Do casinos take a rake in poker?

This is something you may have noticed when playing in a casino cardroom: The dealer takes chips from the pot and sets them aside. That's the rake, or cut, that the casino takes. The rake in a traditional casino is used to cover the costs of operating the establishment, such as purchasing new equipment and maintaining existing equipment.